The Deplorables is a series of designs that honor popular figures who advocate principles of privacy, transparency, and truth. The notes are denominated in the popular cryptocurrency Ethereum and have been specially produced as NFTs – Non-Fungible Tokens – digital assets on the blockchain with a prescribed scarcity. Accordingly, all characters features on the banknotes have some affinity with blockchain or cryptocurrency. A physical version of these series is in production, while the NFT artwork of this design is available on Blockchain Art Exchange, in a limited edition of just 15.

This third note to be released features Ross William Ulbricht, the creator of the Silk Road website – an online black market and the world’s first darknet market. Of course, it’s appropriate the such a figure should be featured on a banknote that honors chaos! 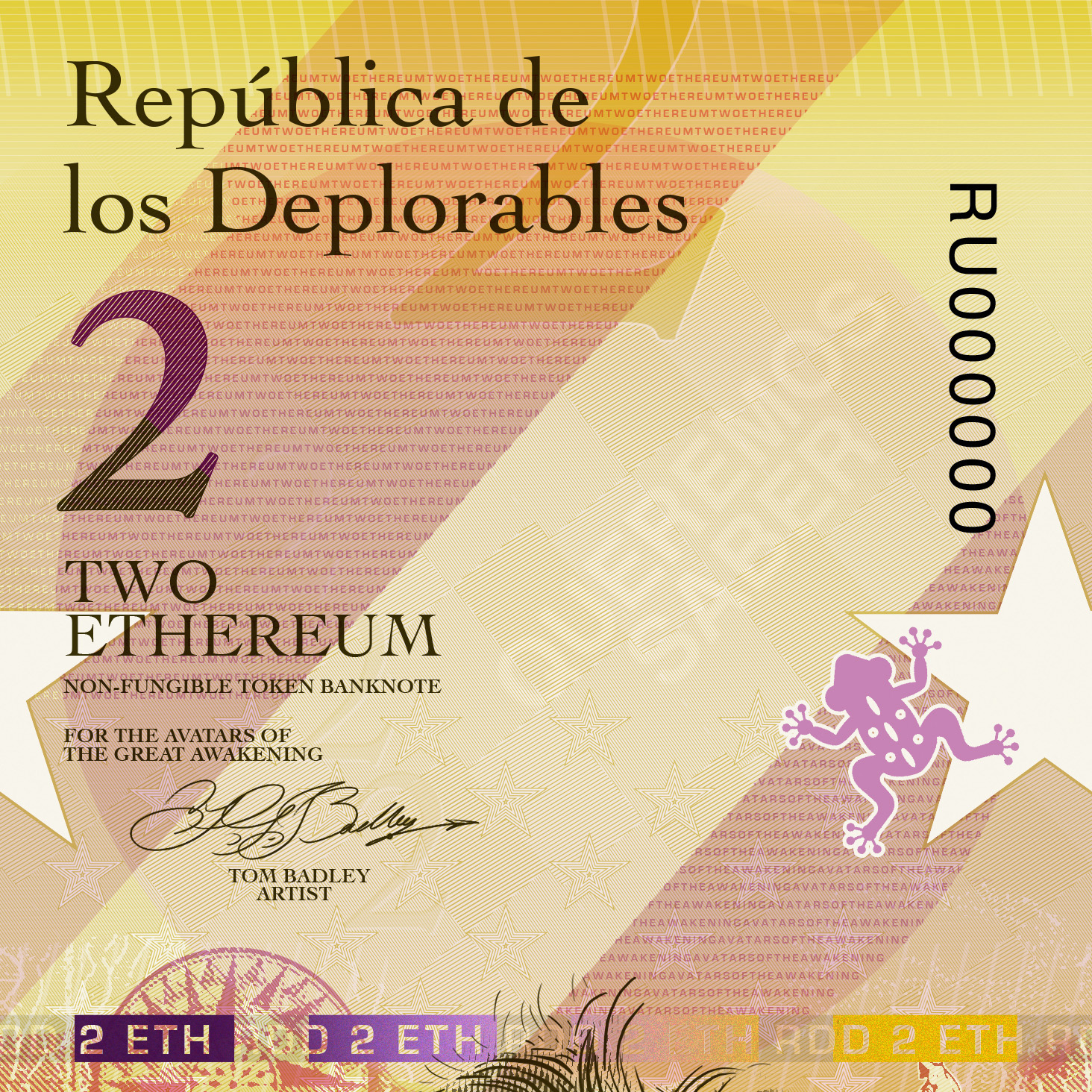 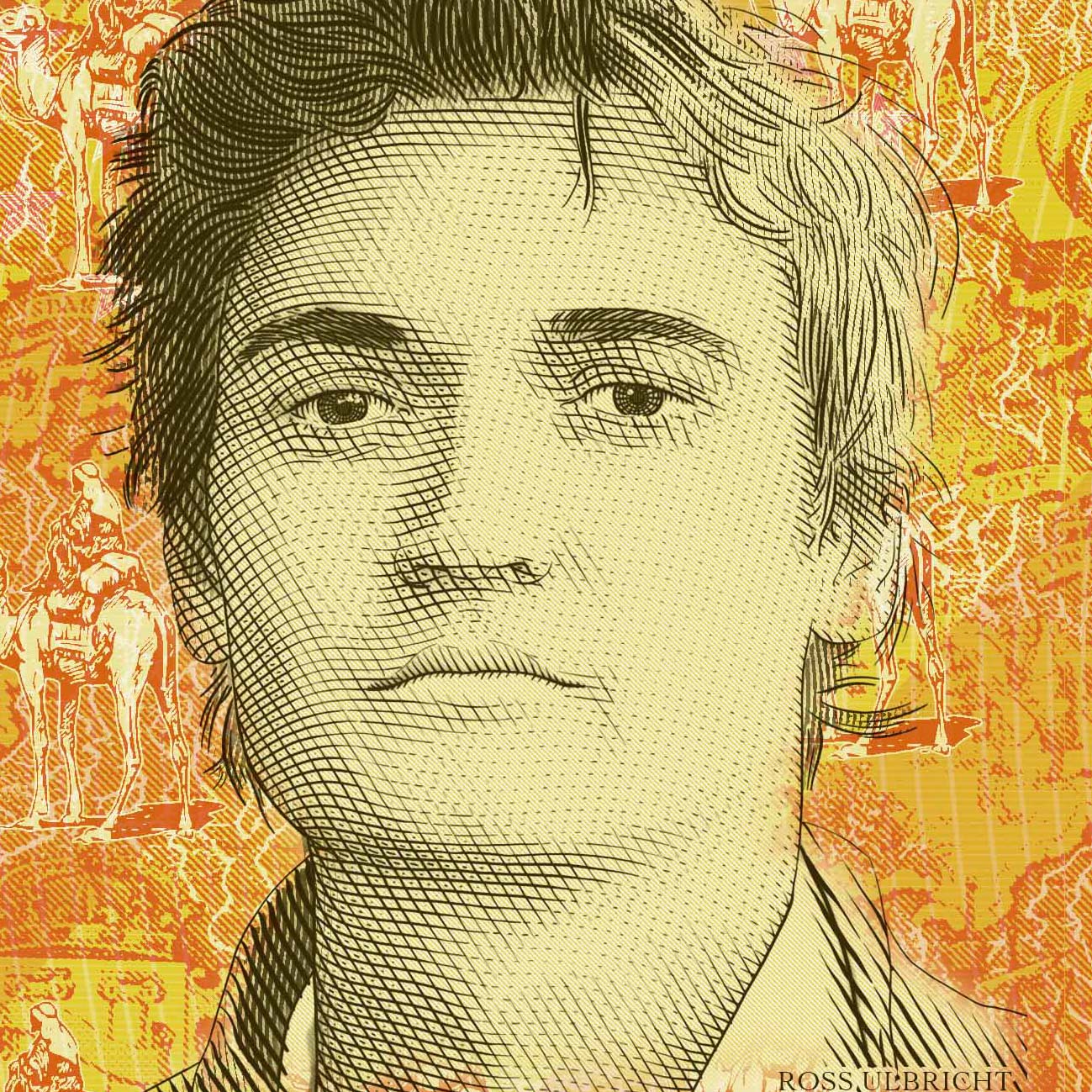 The background features extensive illustration, borrowed from the original edition of The Princess Bride, where Ulbricht took his online name – Dread Pirate Roberts. The background is also peppered with a man riding a camel – Silkroad’s logo.

This note is special for a number reasons. First, it demonstrates the results of new techniques in portrait engraving. The portrait was completed in record time, and proves a technique that significantly reduces the working time of this otherwise labor-intensive process. 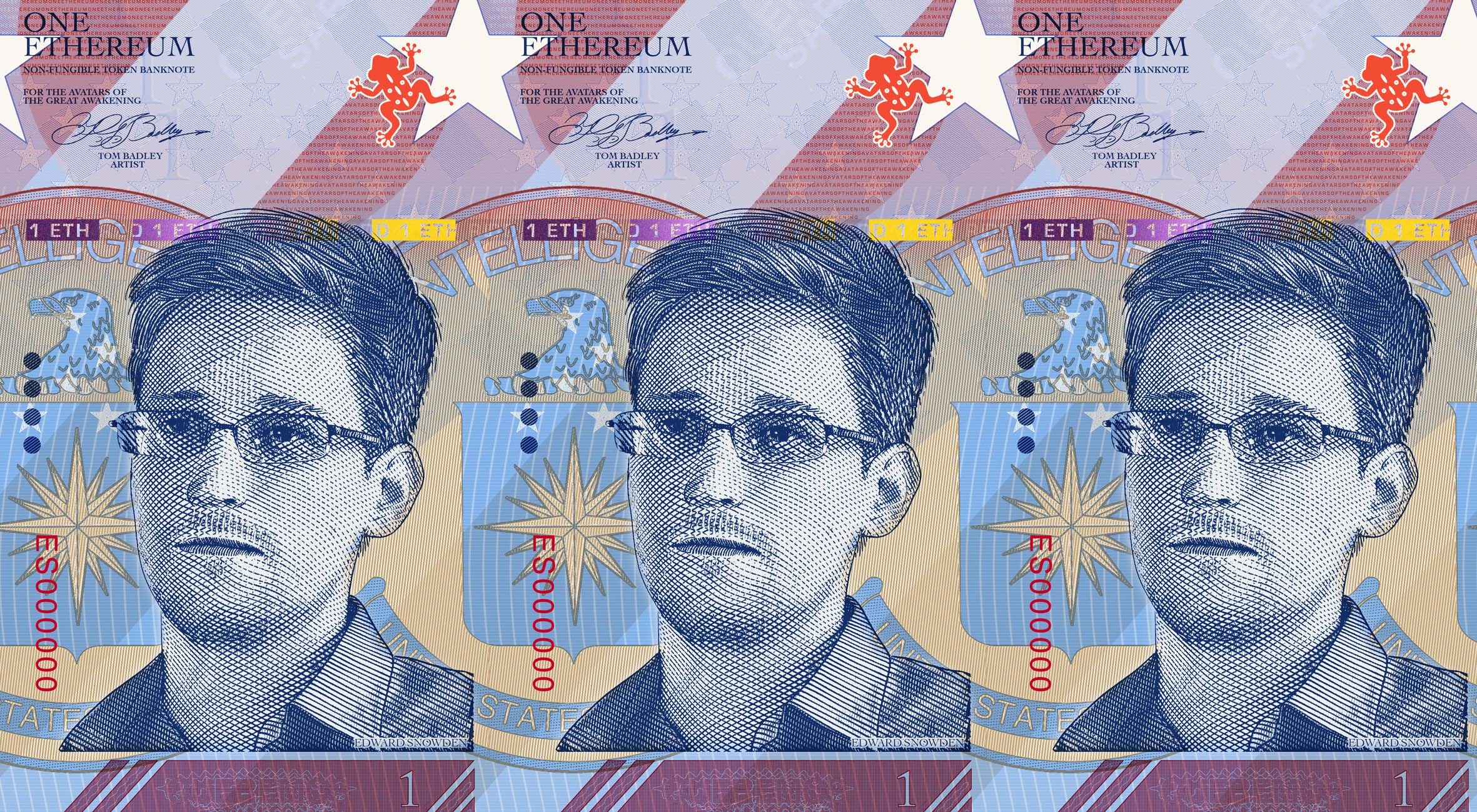 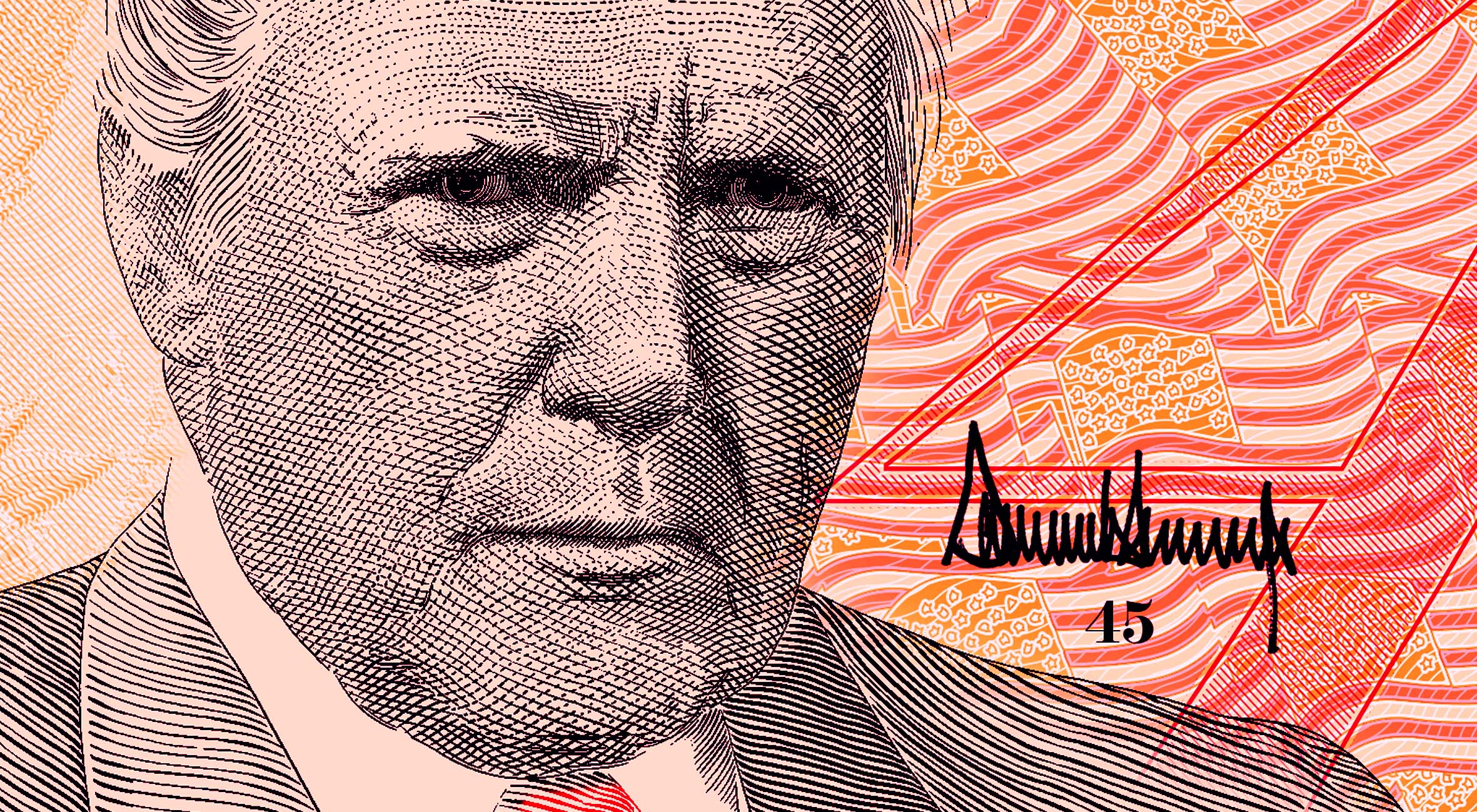 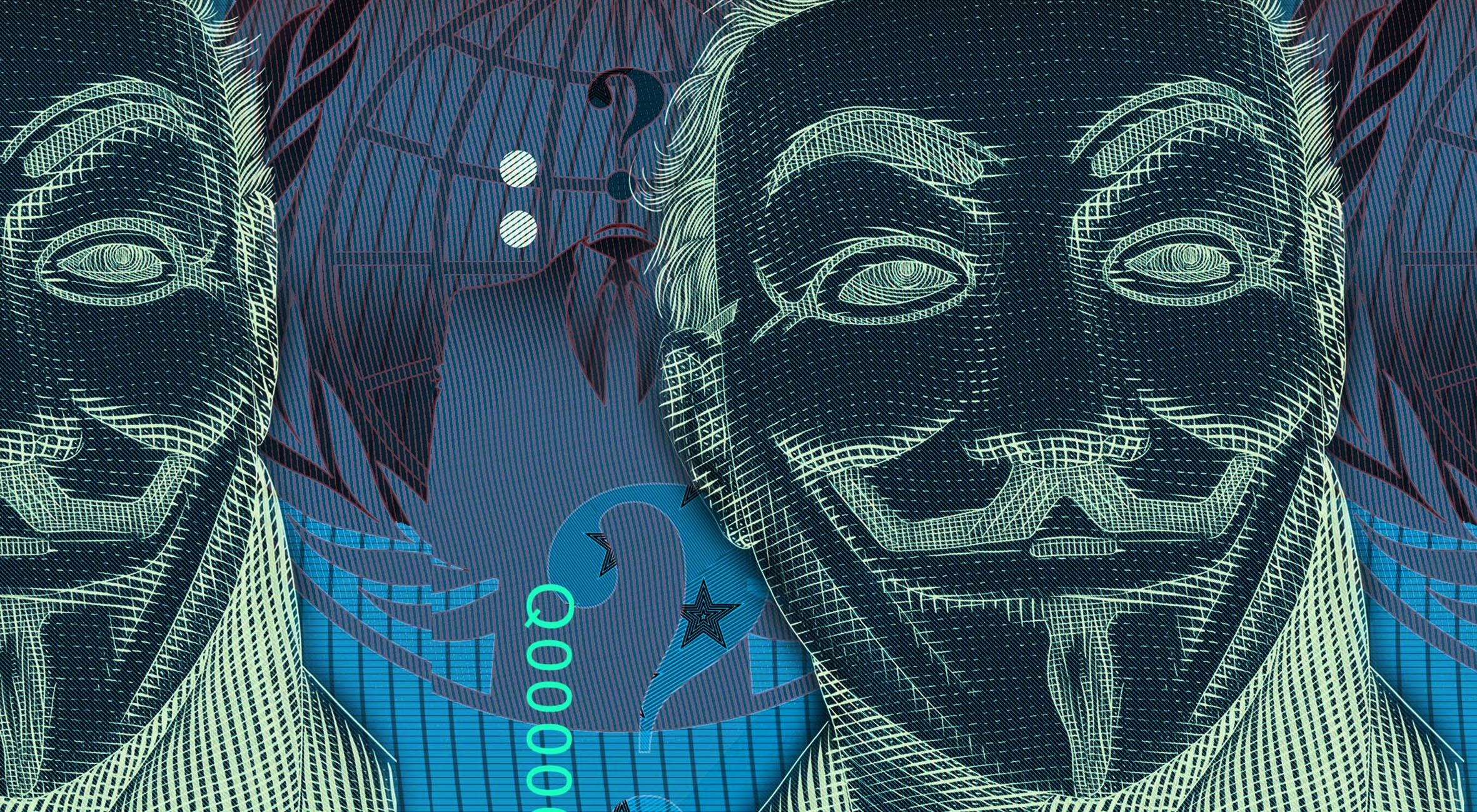 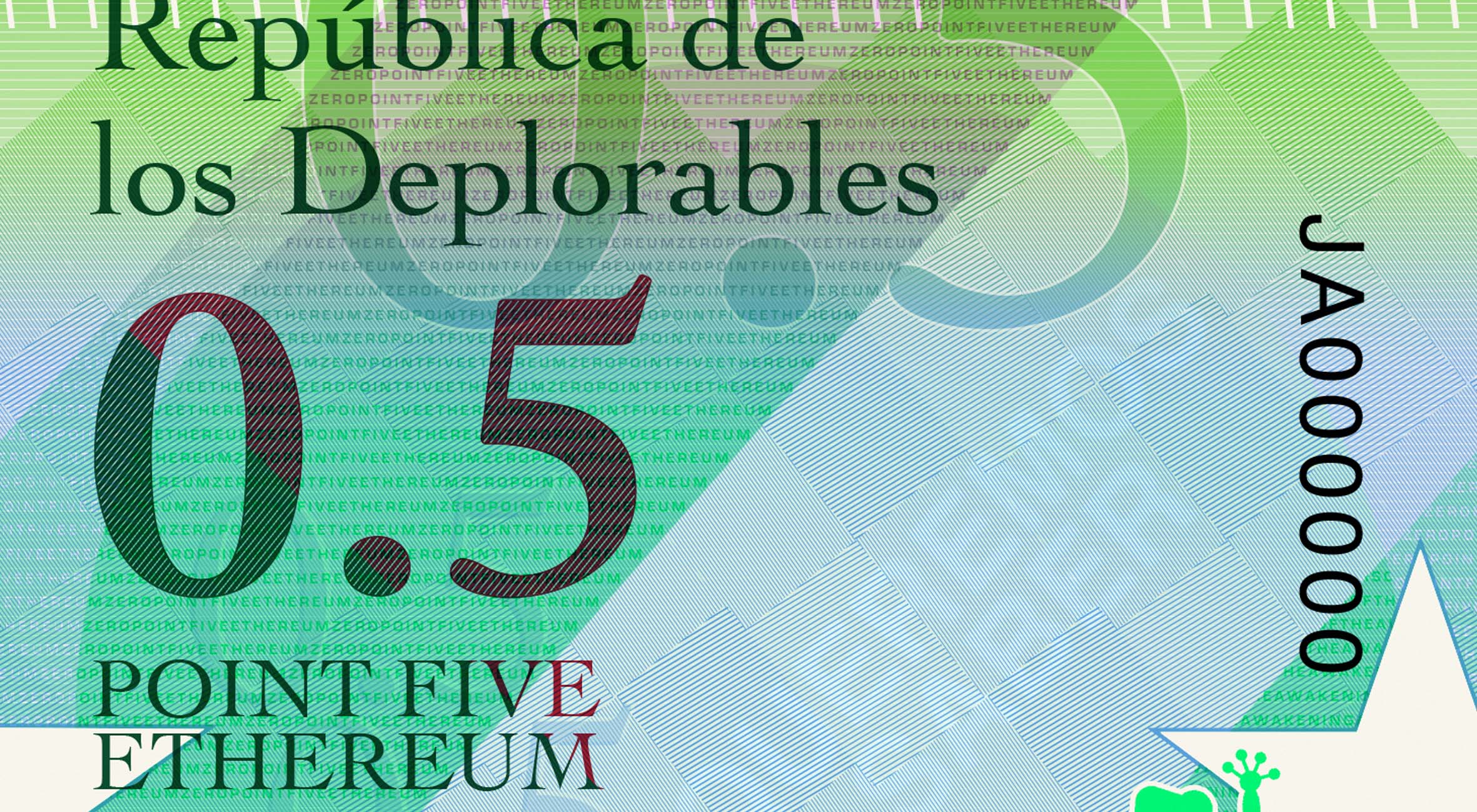